It’s hot out. Well, all things considered not THAT hot. It’s not Death Valley hot. It’s not even El Cajon hot. Ok it’s just kind of warm and I don’t have a/c in my house. And there was no way my oven was going on, but the grill? Yes, the grill!

I had some salmon fillets that I picked up at the store that needed to be cooked. (Fresh and Easy is carrying wild caught, skin on, never frozen pacific salmon. I couldn’t resist!) So I fired up that grill, and made a quick marinade for the salmon. Soy sauce, garlic, chili bean paste, and agave syrup does wonders for a fillet!

But this post is not about the salmon. It’s about what happened before the salmon. My mind wandered, I was hungry, normally danger would ensue. (Read a bag of chips and salsa). My eyes spied the garden and padron peppers and I had a far far superior plan!

After washing the peppers up, I dried them off and tossed them with olive oil. Right on the grill, padrons cook up quick. Turn them until the are blistered, 4-5 minutes tops, and then sprinkle with sea or kosher salt once they are on a plate.

Padrons are great Spanish pepper variety. Picked around 1-1.5″ long they are very mild, but some of them pack a punch. It’s like pepper Russian roulette. I love them! Way better then the inferior shishto variety that seem to be languishing in my garden.

If you don’t have a grill, pan fry them, but either way – buy these at the store, plant a plant, and eat them!

And in review, I seem to be repeating myself in these posts….padrón peppers, tortilla, padrón, tortilla…. It’s ok. I just really like em. 🙂 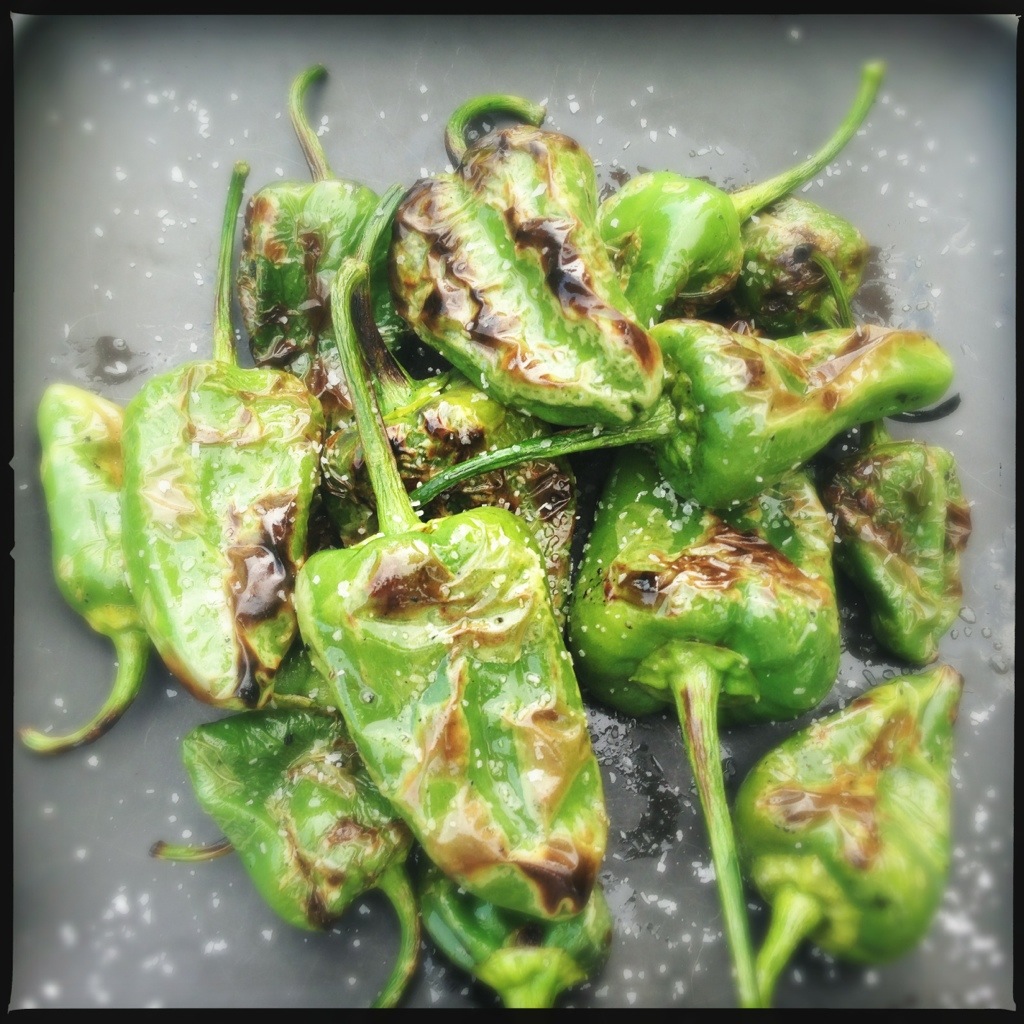 One thought on “Monday night Padrons”