I’m behind.  Way behind.  Specifically on keeping this blog up to date, but being behind isn’t a new thing to me.

I will never forget the grand dame of engineering mathematics, Professor Vera Granlund, once infamously (well to me at least) said that as long as she had known me I was always playing catch up.  She was not a woman to take for granted either, regardless of the fact that she wore a sun dress year round, accompanied by a cardigan when it was cold.  She was a human calculator in the era when it was still thought women couldn’t “do math”.    Everyone who went through the UVA School of Engineering and Applied Sciences for several decades, definitely in the 80’s and 90’s had her for calculus.  I had her for 4 semesters of it.  And then some.   One of our “math labs”,  where she was known for standing in front of you saying, “Well get your pencil moving!  Math is not going to do itself!!” conflicted with my Naval R.O.T.C drill period.    Her solution:   one on one with Professor Granlund and me in her office.  It was terrifying.  I’m pretty sure she resented me for having to spend the extra time with an individual student, but understood my commitment to becoming an officer so she did it.   The “always behind” comment in front of my classmates was her way of revenge.  In retrospect, I was privileged to have such attention from such a pioneer and smart woman! 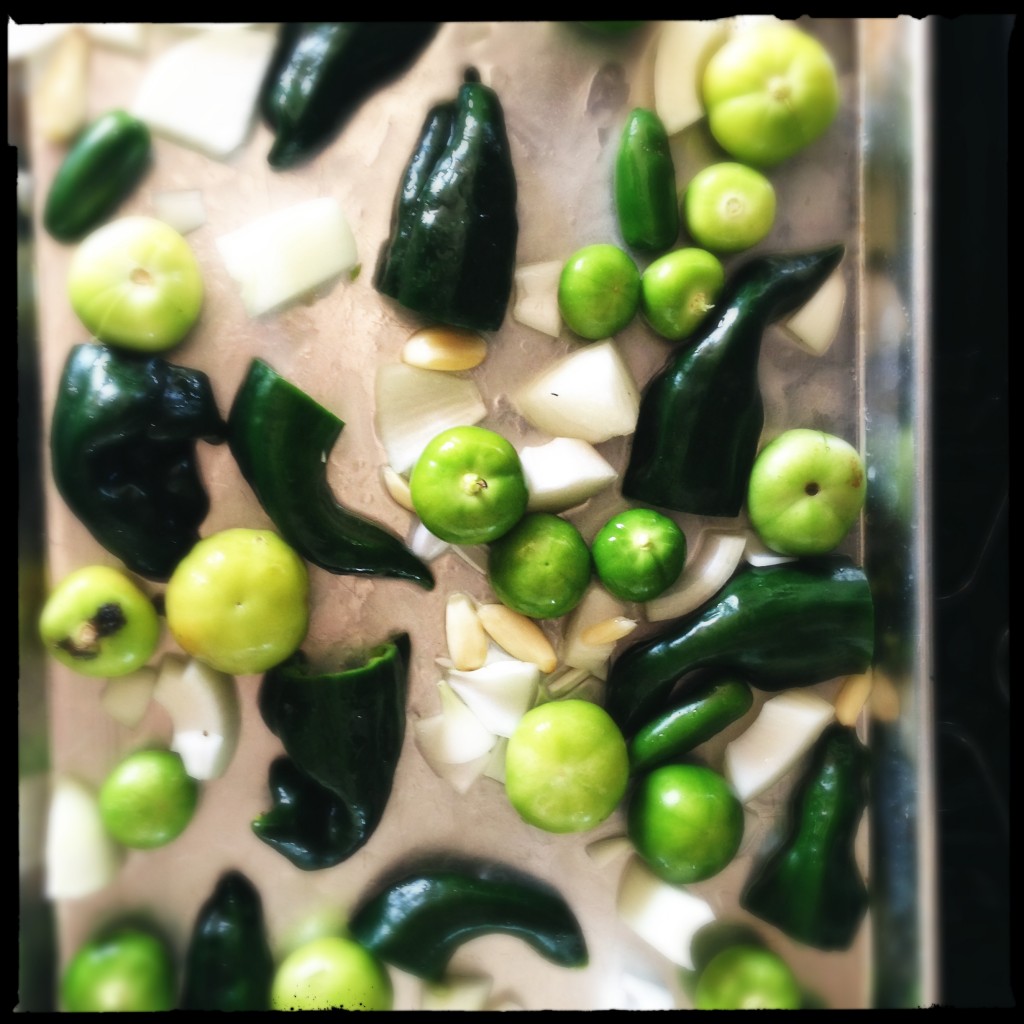 Through those puppies in the oven to roast up!

This one is a no brainer.  Got poblanos?  Got tomatillos?  Make roasted tomatillo and poblano salsa!!  It’s easy as throwing then on a sheet pan, roasting, cooling, blending, seasoning and eating.   Makes a great gift too! 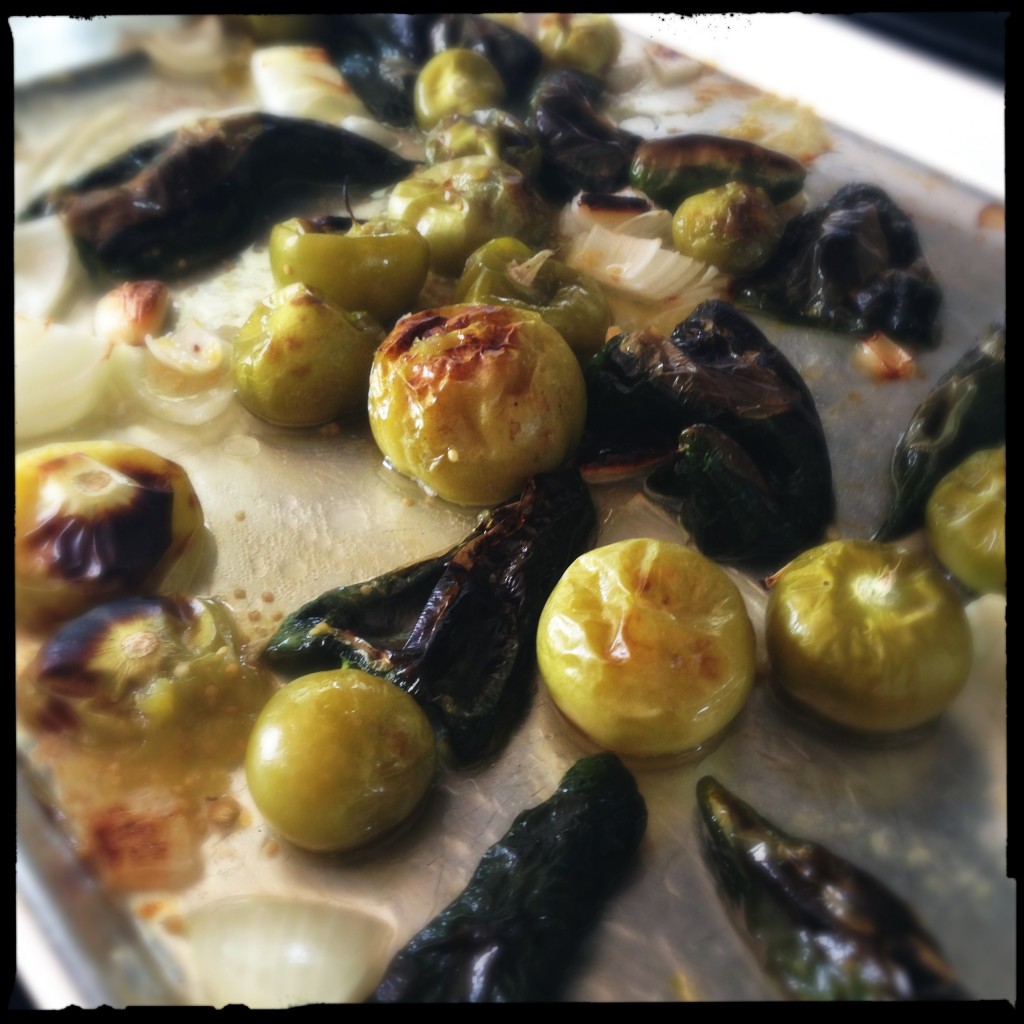 The roasted veggies, ready to be made into salsa

One Response to Roasted tomatillo and Poblano Salsa