Fresh from a trip to London and inspired by my penultimate meal of Indian food, I needed saag paneer.  Fresh, homemade, cheese made from whole milk, made golden brown with turmeric and a little caramelization in a pan, mixed with spicy green goodness of spinach.  Fresh.  (I just wanted to say that a third time.)  Yes, the unexpected vegetarian Indian meal I shared with a British goddess after a day trip to the very inspiring Bletchley Park (Alan Turing code breaking amazingness…look it up!)  DROVE me to curdle organic grass fed whole milk and compress it into a delicious disk of fresh cheese.  I’m glad it did!

Paneer is a  “… fresh cheese common in South Asia, especially in Indian, Pakistani, Afghan, Nepali, and Bangladeshi cuisines. It is an unaged, acid-set, non-melting farmer cheese or curd cheese made by curdling heated milk with lemon juice, vinegar, or any other food acids.” (from https://en.wikipedia.org/wiki/Paneer)  It doesn’t melt, so don’t get your hopes up if you want it for a meaty toast thingy.  Nonetheless, it is delicious if you are a cheese lover.

Paneer is super easy to make.  I was even out of fresh lemons (ok, I forgot to buy them) so I used apple cider vinegar.  It worked like a champ.  In no time flat, I was draining the curds of the whey and making cheese, on my way to the full saag, saag being the leafy spinachy part of saag paneer.

I’ve used Aarti Sequeira’s recipe several times for this dish. It hasn’t failed me.  Thanks Aarti!!  Instead of repeating it, I’ll include the link here:  http://www.foodnetwork.com/recipes/aarti-sequeira/saag-paneer-spinach-with-indian-cheese-recipe   I didn’t include the yogurt in the final step of cooking the spinach.  I was trying to keep the dairy to a minimum.

I’ll be much more likely to finish this post if I don’t have to re-type the recipe.  And I’ll be perfectly honest:  it’s been a while since I’ve posted so my main goal here is to get something up quickly and get back in the swing of things.  Hopefully more creatively will follow in future posts. 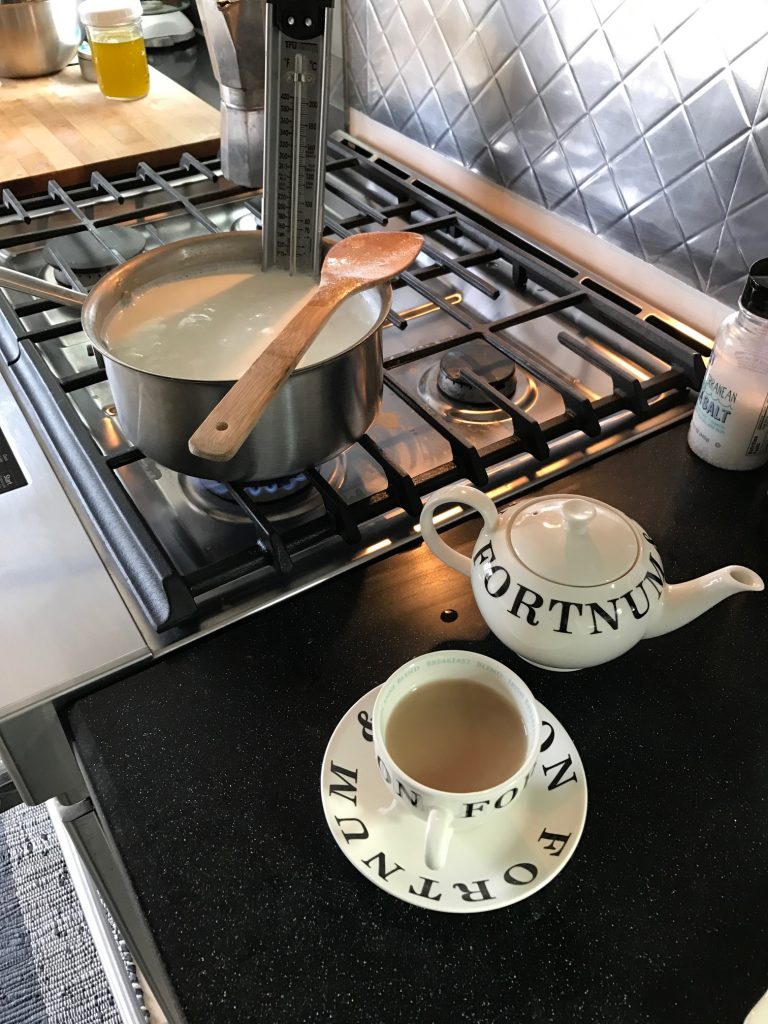 Heating the milk to 185 degrees while having a spot of tea. So civilized!

For now, think of this post as a creative picture essay with a link to a delicious recipe that I didn’t come up with. Regardless, you will enjoy it either way!! 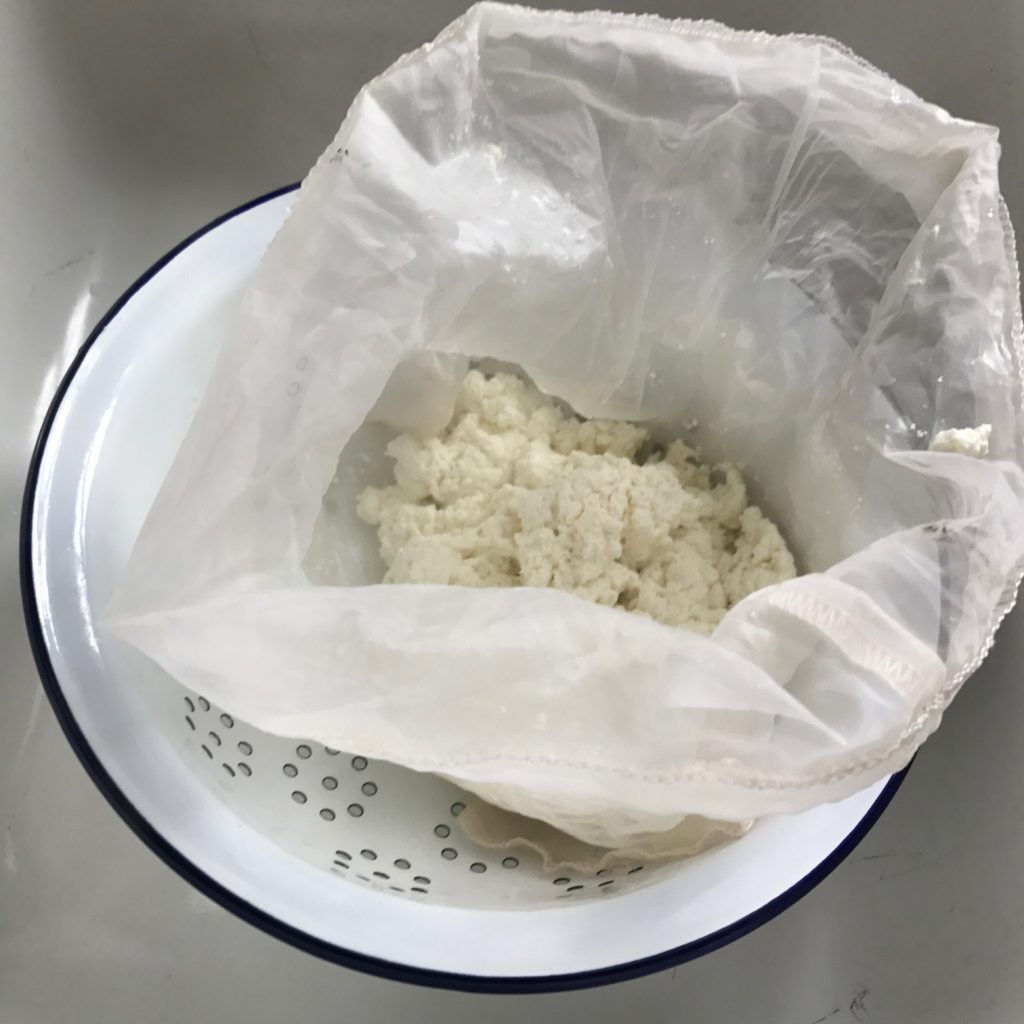 Draining the whey from the curds 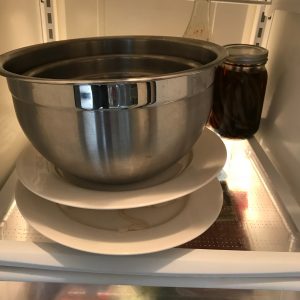 Going for the press 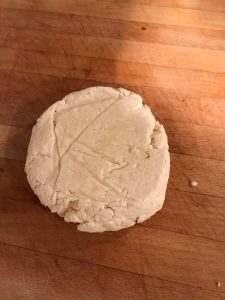 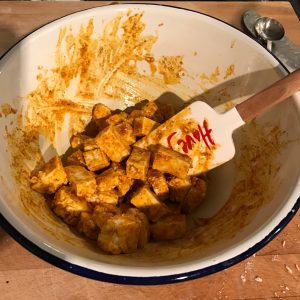 Marinating the paneer in tumeric and cayenne. 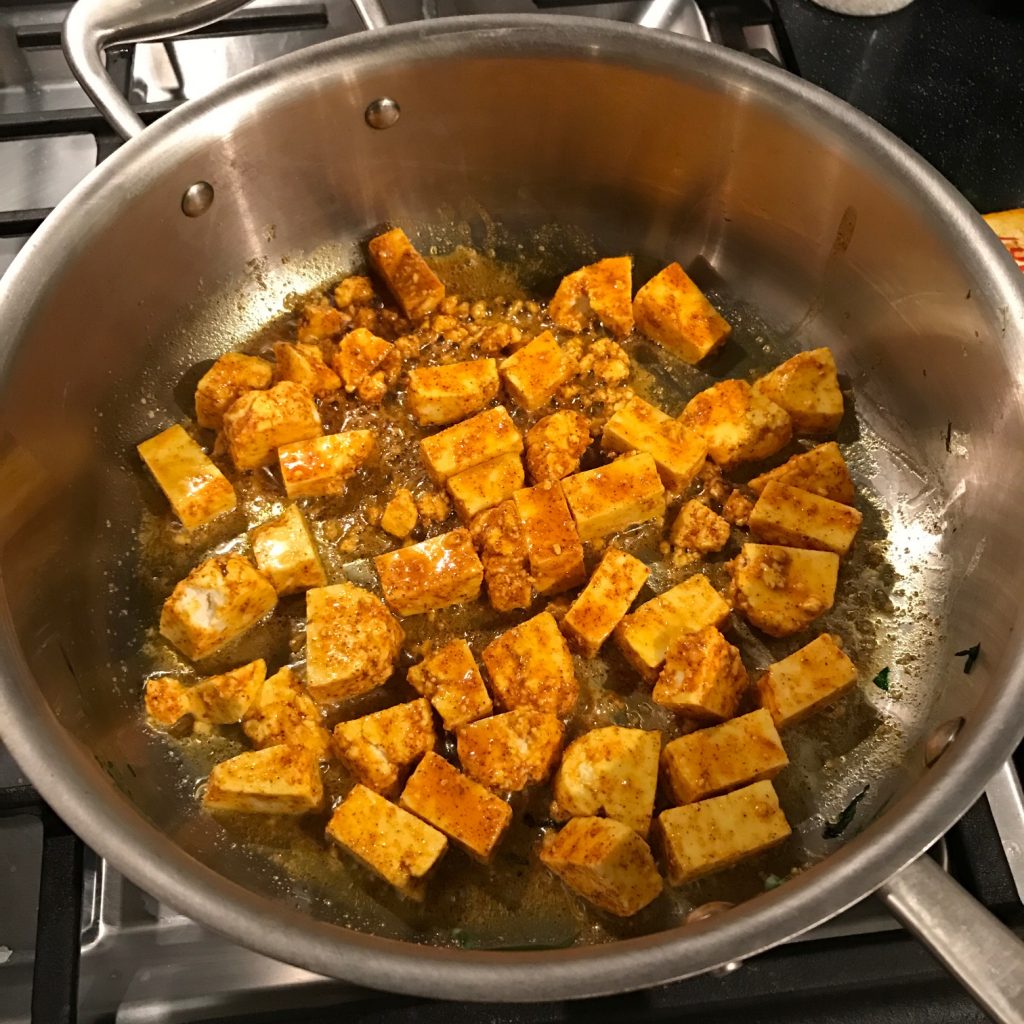 Toasting up the paneer! 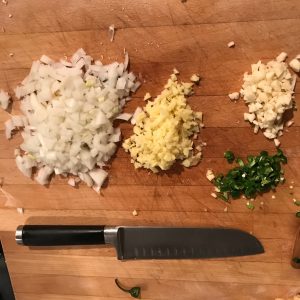 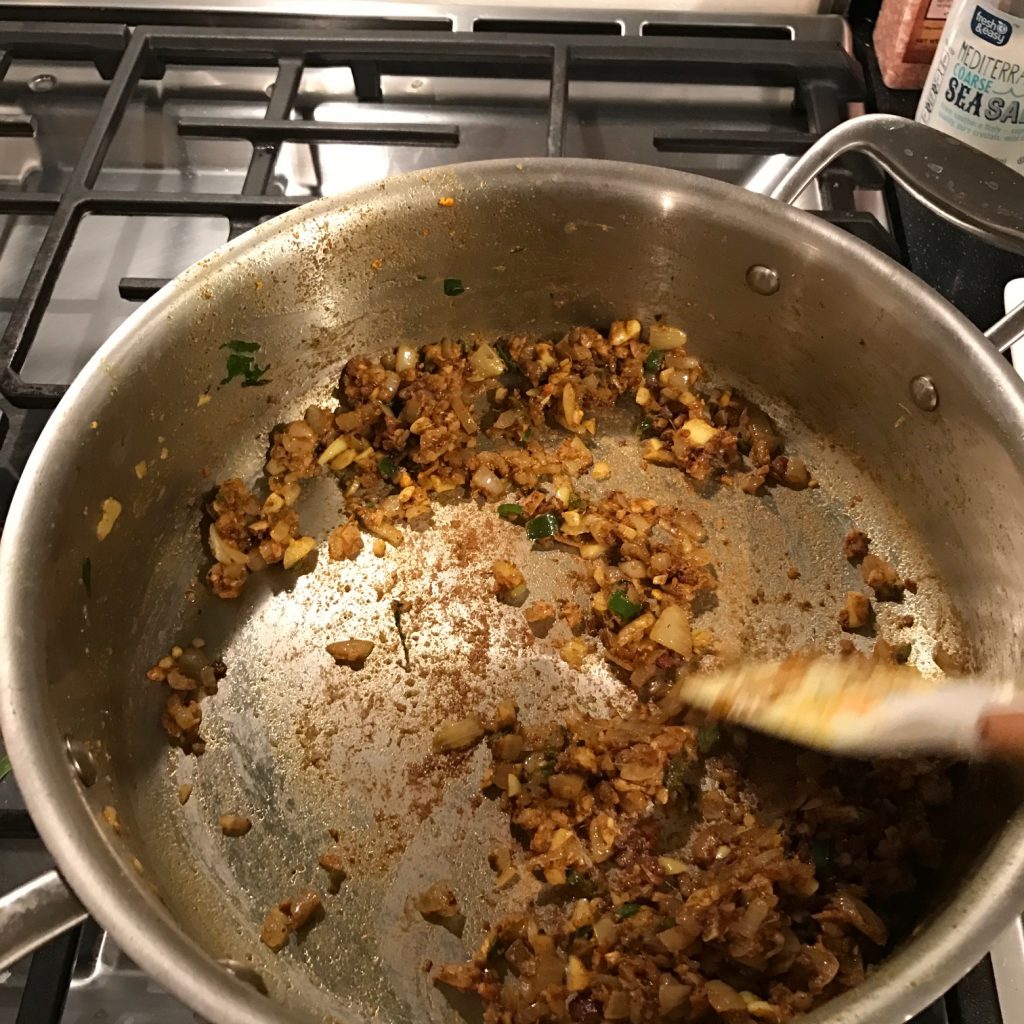 Make sure they get nice and carmelized…10 min a least. And then toast those spices. 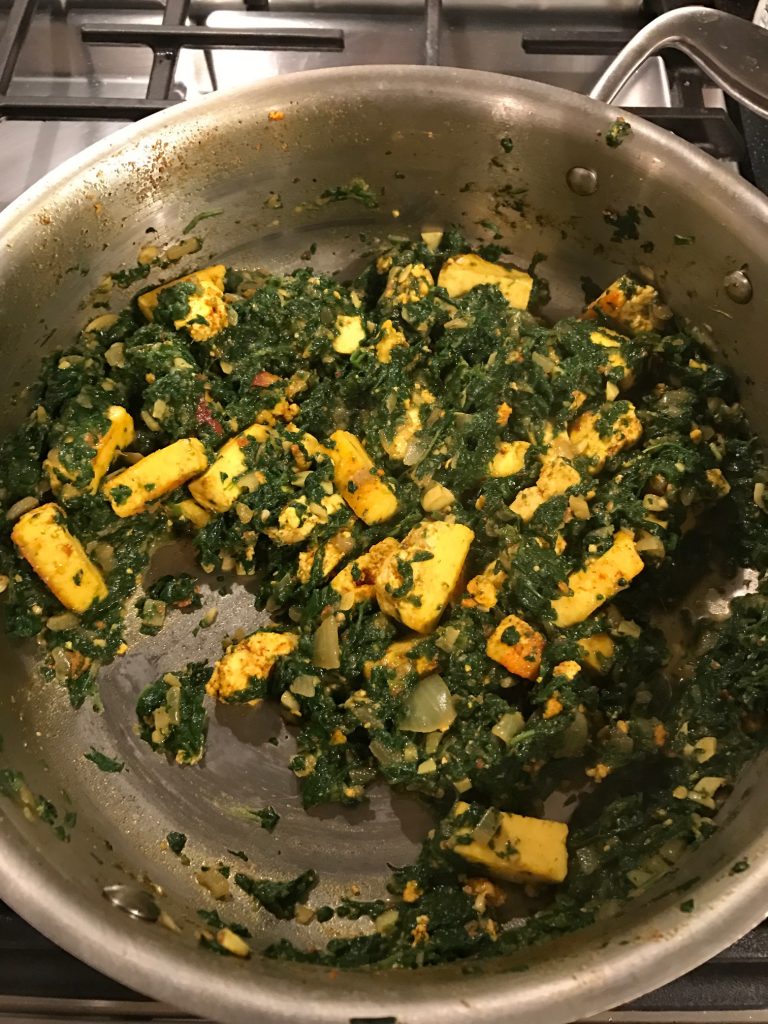 And the spinach…and boom, saag paneer!